Picture of the Month Archive

Picture of the Month 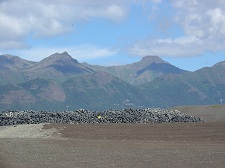 Scrap Tires at a Landfill in Alaska
Photo by Dr. Jim Hanson

Approximately one scrap tire per person is generated in the U.S. on an annual basis.
The amount of unmanaged stockpiled tires exceeds 100 million tires. In recent years
management of waste tires has improved with increased recycling and reuse rates
and the amount of stockpiled tires has decreased significantly. 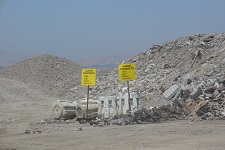 The annual amount of C&D waste in the U.S. is estimated to be 325 million tons, which constitutes a significant resource for recycling and beneficial reuse. 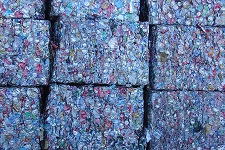 Approximately 50% of the 1.4 million tons of beverage cans generated in the U.S. is recycled. 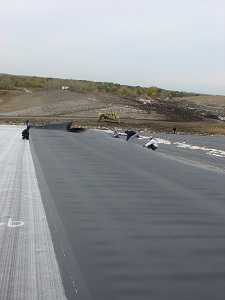 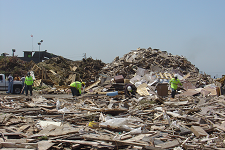 Material staging area at a facility that recycles construction and demolition (C&D) waste. More than 300 million tons of C&D waste is generated in the U.S. on an annual basis. Only a portion of the C&D waste is recycled. 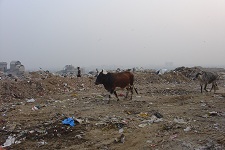 Uncontrolled waste dump in a developing country. People and animals have direct access to waste. No controls or engineered systems are present for containing the wastes or the effluents (liquid or gas) from the wastes. 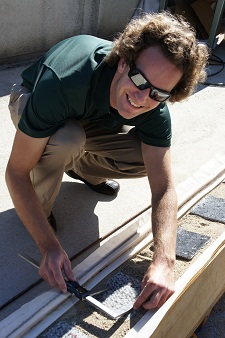 Graduate student Greg Olsen is taking measurements on Geosynthetic Clay Liners (GCLs) in a field simulation test. GCLs commonly are used in containment systems. Research is underway at GWRI to investigate the dimensional stability of these materials under variable environmental and operational conditions. 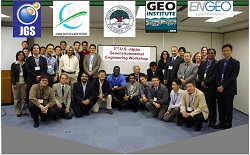 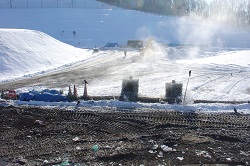 Overview of a semi-aerobic landfill facility in Asahikawa, Japan. Steam from the warm waste is rising from the open wells installed in the waste mass to promote oxygen entry to and aerobic decomposition in the landfill. 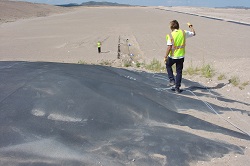 Geomembranes expand significantly in warm weather that needs to be alleviated during construction of overlying layers to prevent formation of wrinkles and potential adverse effects on the performance of the liner systems. 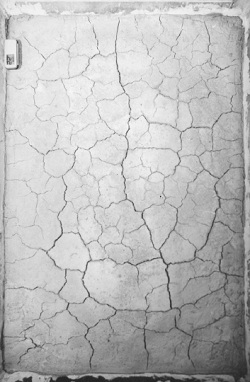 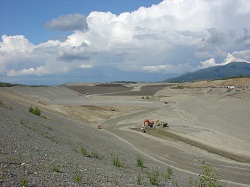 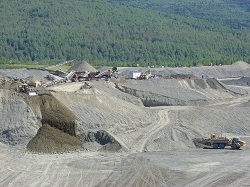 Earthwork at a Landfill Site
Photo by Dr. Jim Hanson

Significant earthwork is required at landfill sites ranging from slope construction and installation of liners to construction of leachate collection and removal layers and sumps. 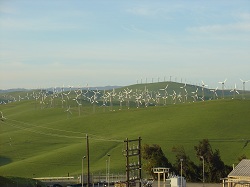 Windmill farm adjacent to a landfill in California. 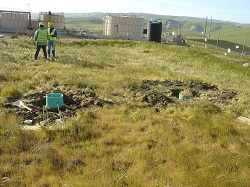 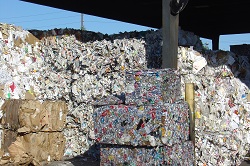 Recycling of municipal solid waste increased from approximately 10% to 35% since 1980. 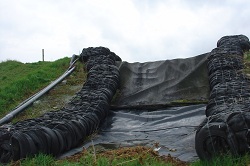 Use of recycled tires
Photo by: Dr. Nazli Yesiller

Use of recycled tires in a drainage swale at Pitsea landfill in England. 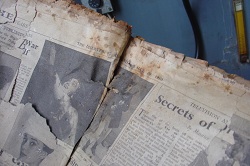 Newspaper from 1960 at Pitsea landfill in England.  The newspaper had not yet degraded in a dry pocket in the landfill cell. 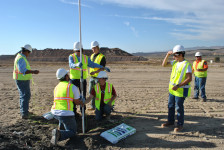